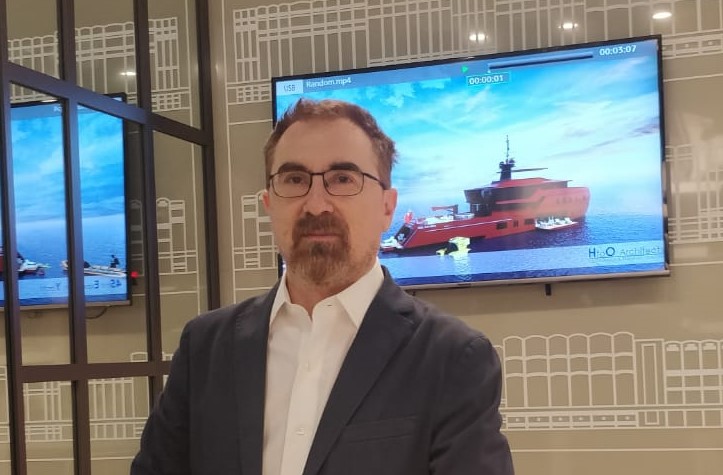 He studied in Rome and received his degree in Architectural Design in 2003 with a project for the new stadium of Livorno. During his studies he joined Studio Aymonino and collaborated with the Roman offices Ricci&spaini and Seste_Associati. In the same years he took part in various architectural competitions, getting several mentions, and a first prize for the 2001 edition of Wonderland Contest.

In 2000 he worked for the Authority for the architectural heritage protection of Rome (Sovrintendenza Capitolina ai Beni Culturali), projecting designs for exhibitions in the markets of Trajan’s Forum and dedicating to several restoration projects planned for the Great Jubilee. In 2003 he collaborated as an assistant in prof. Paola Gregory’s course of Architectural design for Rome University “La Sapienza”. In the same year he took part as a tutor in the Workshop_Roma_2003. organised by Rome University “La Sapienza” and Penn State University.

From 2004 to 2007 he worked as a designer at Sea Charter Co. taking part in the design of General Arrangement of 6 megayachts over 70m length. He was in charge of the concept design and developed design for several public spaces, guest suites and service areas.

In 2007 he was employed at Fincantieri Yachts as a coordinator of crew areas, service areas and catering areas of a 134m yacht.

From 2008 to 2015 he was employed at Privilege Yard as a coordinator of crew areas, service areas and catering areas of a 127m yacht. For this ship, in the design phase, he was in charge of design of General Arrangement and of the design, from the concept to the working plan, of several public spaces, guest suites and service areas.